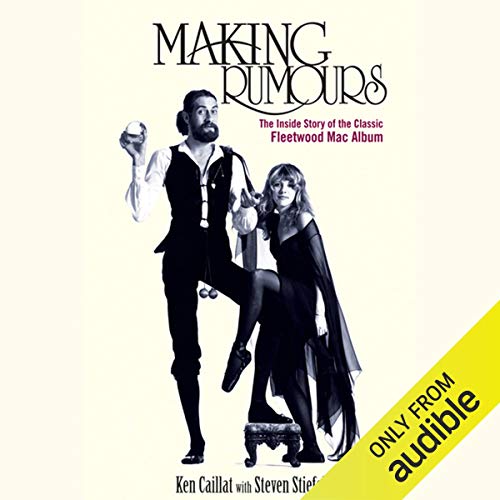 Retrieved 8 February Hung Medien in German. Archived from the original PHP on 24 February Rumours spent 31 weeks at No. Today, the album remains a touchstone for countless modern rock and pop bands. Artists and listeners have both identified with Fleetwood Mac's honest portrayals of relationship drama, and the album is a source of emotional solace for anyone dealing with heartbreak. But Rumours also remains a candid songwriting triumph that cemented Fleetwood Mac's status as one of the greatest rock bands of all time.

Saturday, November 25, Revolutions: Fleetwood Mac's "Rumours". The recording process was marked by fighting. Being close to the emotional reality of the turmoil made songwriting easier and purposeful.

Bill Clinton didn't help , of course, but the fact that the song was co-optable for sloganeering purposes in the first place simply means that it was a cut more basic than the rest of Rumours to begin with. Apologies to Christine McVie, who ends up with the three lowest-ranked songs on the album -- she makes up for it with her fourth song on the set, which we'll get to much higher up -- and no hate meant for "Songbird," an entirely lovely piano-and-guitar ballad that makes an exquisite end to the album's A-side.

But Fleetwood Mac only have one truly timeless, unforgettable acoustic anthem, and this isn't it. For one of classic rock's definitive albums, it remains a little jarring what a red-herring the set opens with: Lindsey Bukcingham's rollicking "Second Hand News," a sort of "Monday Morning" redux that points towards little of the intrigue and brutality of the rest of the album. Another of the set's folkier numbers, propelled ever forward by some antsy handclaps and a tempo that feels set about 10 bpm faster than it should, creating a nervous energy that would set the tone for much of the album's controversial follow-up, 's Tusk.

Not Rumours ' best song but arguably its most definitive, and certainly the greatest team effort -- it's the album's only track in which all five members receive writing credits, and also the only one in which McVie, Buckingham and Nicks all contribute to the lead vocal.

And with all the gorgeously frayed vocals of betrayal and broken promise, "The Chain" might still be most memorable for Mick Fleetwood's heartbeat-like bass drum, and the slithering John McVie low-end that introduces the song's inspired, not-getting-away-that-easy coda. The shortest song on Rumours but also one of the most complete, a masterfully finger-picked Buckingham solo piece that only features the rest of the band in ghostly backing vocals.